Named after William de Braybrook (1298-1319), executor and beneficiary under the will of Bishop Nicholas Longspee. Certain of the rooms in the house during the middle ages, such as a hay barn, wine cellar, kitchen and ovens, have been identified from records but nothing of the occupants are known. Dora Robertson in her history of the Cathedral Choir School entitled “Sarum Close”, records William Osgodby as having occupied the house in the late 15th century. He is said to have entertained, too frequently, Mistress Alicia Hoskyns, an immodest lady of the city, to the misgivings of the Close constable of the time.

Dr Thomas Harding, Canon Treasurer of Salisbury, lived at Braybrooke from 1554 until he was deprived of his office in 1559, for his support of the Roman Catholic Church, and for opposition to Bishop Jewel. In the same year the Dean and Chapter granted the house to Christopher Bennet, who became the first in the recorded line of headmasters of the Cathedral School. In 1564 Schoolmaster John Bold received the house which was thereafter tied to the office of Headmaster. 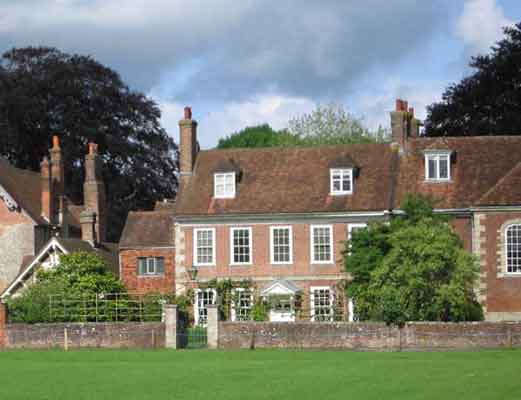