The Society is delighted to announce that Dr Phil Harding, the field archaeologist and TV personality, currently a Deputy Lieutenant of Wiltshire, will be its new patron. Phil succeeds the late Sir Edward Heath and the late Sir Robin Ibbs in this role.
The Society’s aims focus on preserving, protecting and improving The Close as a heritage asset of international significance. Phil’s distinguished career as archaeologist and scientific presenter will be of great value in the pursuit of those objectives. He has been a resident of Salisbury for over thirty years. We are grateful that his interest in the Society’s objectives combine his professional passion with love for his adopted city.

Dr Phil Harding (Phil) is a British field archaeologist, who is a native of North Wiltshire but has lived in Salisbury since 1987.
His career as a field archaeologist began more than 50 years ago, since when he has dug in most parts of the British Isles, but is never happier than when digging on his beloved chalk. In 1975 he was offered a post with the Wiltshire County Archaeologist, based in Devizes. He served in this capacity until 1979 when the small group working in Wiltshire was amalgamated with similar groups in neighbouring counties to form a company that became Wessex Archaeology. This non-profit organisation is now one of the biggest archaeological practices in the country. He has worked for Wessex Archaeology since then, based at their Salisbury office.
He is of course best known for his regular television appearances on Channel 4’s popular archaeology series, “Time Team”. He was a regular on Time Team from the first series in 1994 until it finished in 2013. He also appeared on a number of spin-off series and an episode of the BBC’s “Digging for Britain” in December 2016.
He participates in many local events such as the annual Festival of Archaeology at Salisbury Museum.
Apart from being a “digger”, Phil’s field of expertise is stone tools. He has published many specialist reports on the subject and has carried his love of the stone age to learning the craft of flint knapping which, he claims, provides a creative bond with our ancestors . He still demonstrates the craft periodically at public demonstrations, community events and classes.
He was awarded his honorary Doctorate from the University of Southampton in 2008 “for outstanding personal achievement in the field of archaeology”. He has a number of other awards for his achievements, in particular in the field of prehistory of man. Most recently, he was appointed as a Deputy Lieutenant of Wiltshire. 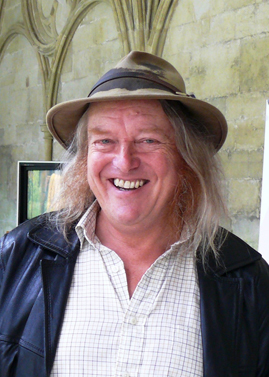