Between 1291 and 1316, Henry of Blunsdon was the first canon recorded as living in a house on this site. The last was Leonard Bilson who was pilloried in 1562 and described as still being in prison in 1571, on charges of sorcery and magic. By 1609 the lease had been taken by Sir Richard Mompesson whose florid memorial together with that of his second wife lies in the south choir aisle of the cathedral. He carried out a major restoration of the old medieval canonry and the lease passed through his wife to her family until the end of the century. John Wyndham, of the Wyndhams of Bourne Hill, acquired the lease in 1718 and shortly afterwards started rebuilding in the classical style of the period. This was as a wedding present for his daughter who married the Hon. James Everard Arundell, son of the 6th Lord Arundell of Wardour. It says much for the ecumenical spirit of the inhabitants of the city and the Close that a member of such a distinguished Roman Catholic family could live in the Close at that time. When the Arundells were not in residence it was on occasion occupied by the Jesuit priests who served the Chapel at Wardour Castle.

An engraving of various aspects of the house, together with the formal garden leading to the river, was made by J. Lyons in 1745 with the house looking little different from that of today. There is still a core of the thirteenth century canonry preserved in the interior masonry of the house.

Arundells was the home of the former Prime Minister Sir Edward Heath. (1985 until his death on 17th July 2005) 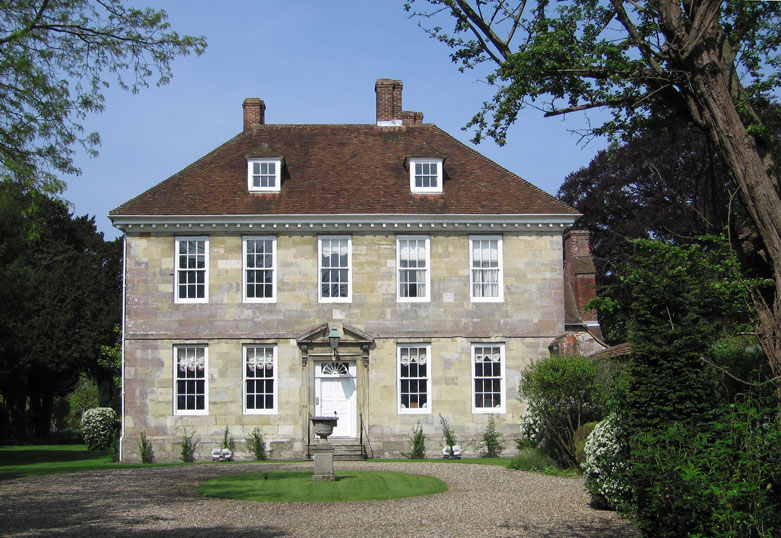